First we download the BIOS 6042 update from Asus website. This is a .zip file with two files in it:

BIOSRenamer.exe renames PRIME-X370-PRO-ASUS-6042.CAP to X370PRO.CAP. However, I skipped this step and used the original name of the .CAP file. I would guess that if you want the motherboard to automatically recognize the USB drive, without you having to point the current BIOS GUI to the file it might be necessary to rename the file. In the manual it also says what to rename the file to, if you want to do that manually on Linux.

My initial idea was to use the “internet update function” of the Ez flash utility available for the Asus Prime X370-Pro. However, I did not get internet access. The reason might be that I’m using a WiFi card in on my desktop.

In order to flash a USB drive to fat32 and copy the .CAP file to the drive,

Have the USB drive plugged in, reboot, press del, navigate to Ez flashing, select the file in the USB drive and flash. When the system reboots the screen will be black for a while and then it says “BIOS is updating”. Running sudo dmidecode -s bios-version now yields 6042.

I’ve read reports saying that they’ve had problems with HDMI or booting or similar after flashing the BIOS. Perhaps these reports were from the beta version of the BIOS update. I’ve had no problems at all. After the upgrade it was simply plug and play.

Removing the old cooler and CPU

I had some trouble removing the old CPU cooler from the CPU. Recommendation are to run an CPU intensive job to warm the CPU or use a hairdryer so that the thermal paste gets warm. This did not help, and I ended up removing the cooler with the CPU on. Normally, the CPU should stay in the motherboard socket. Although, everything seems to be working and no pins were bent on the old CPU.

Placing the new CPU in the socket, 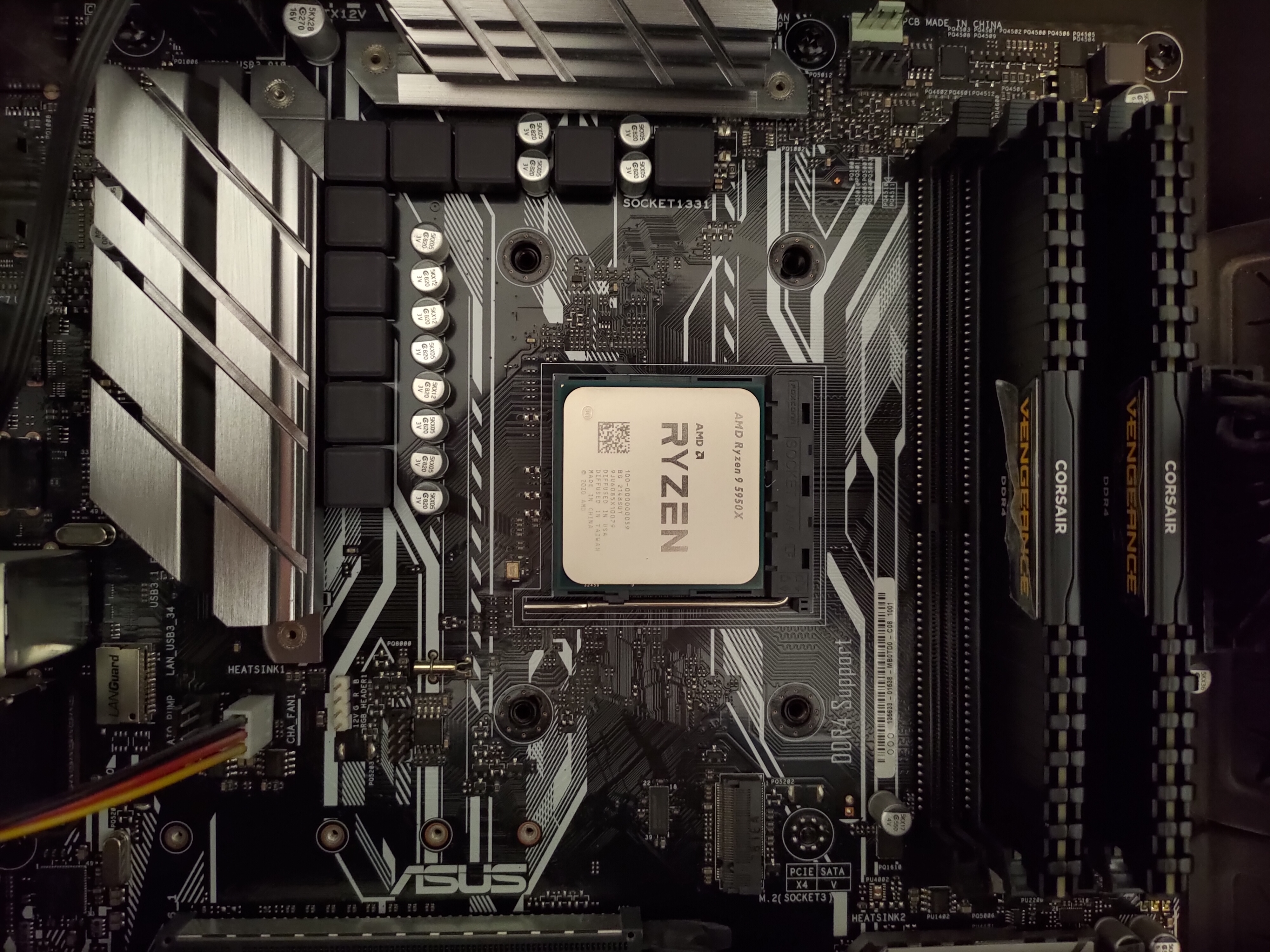 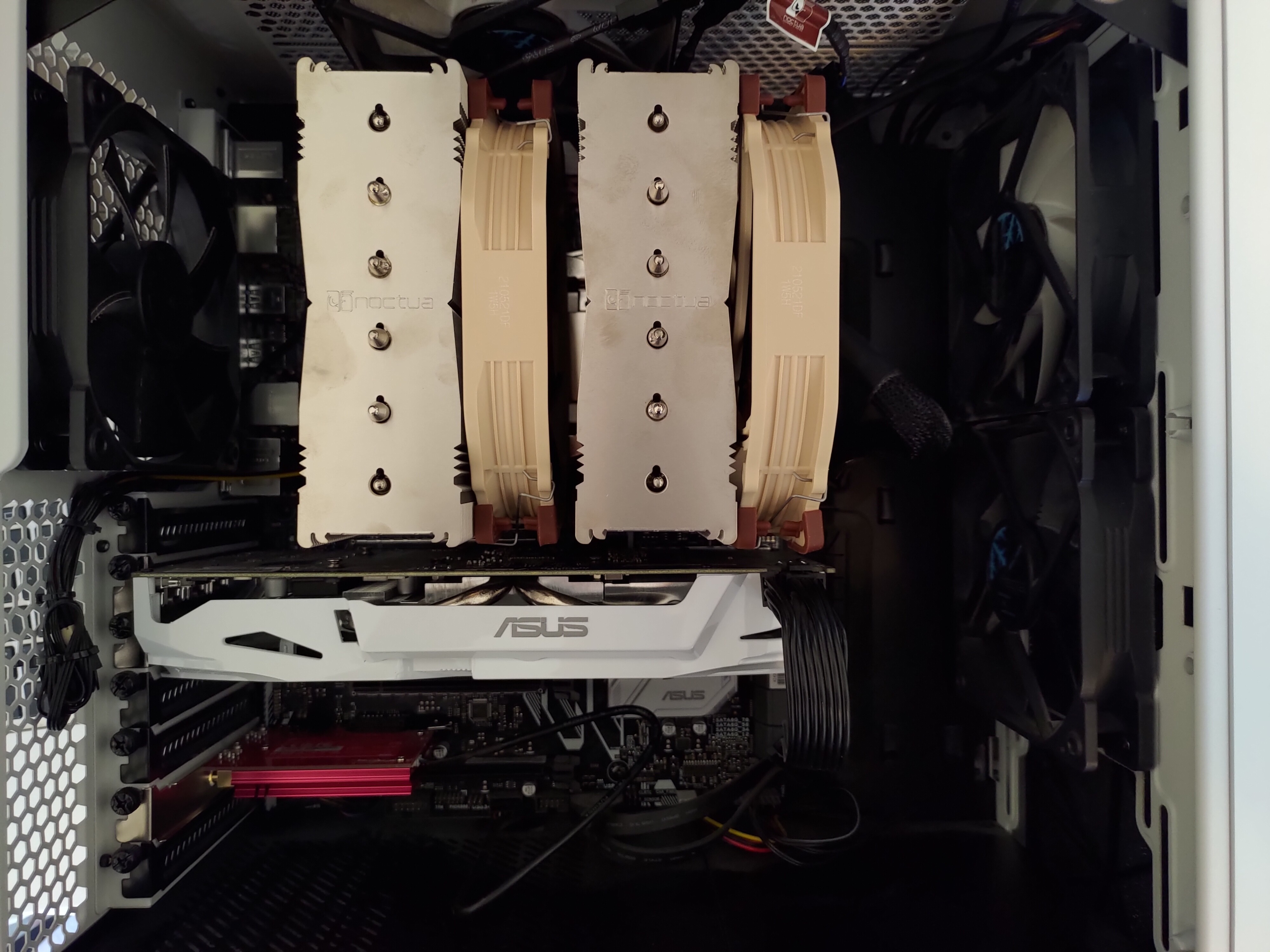 I have a Fractal Design Meshify C case and everything fit in the case. The only minor adjustment was that I had to place the fan slightly off such that the memory sticks could fit. 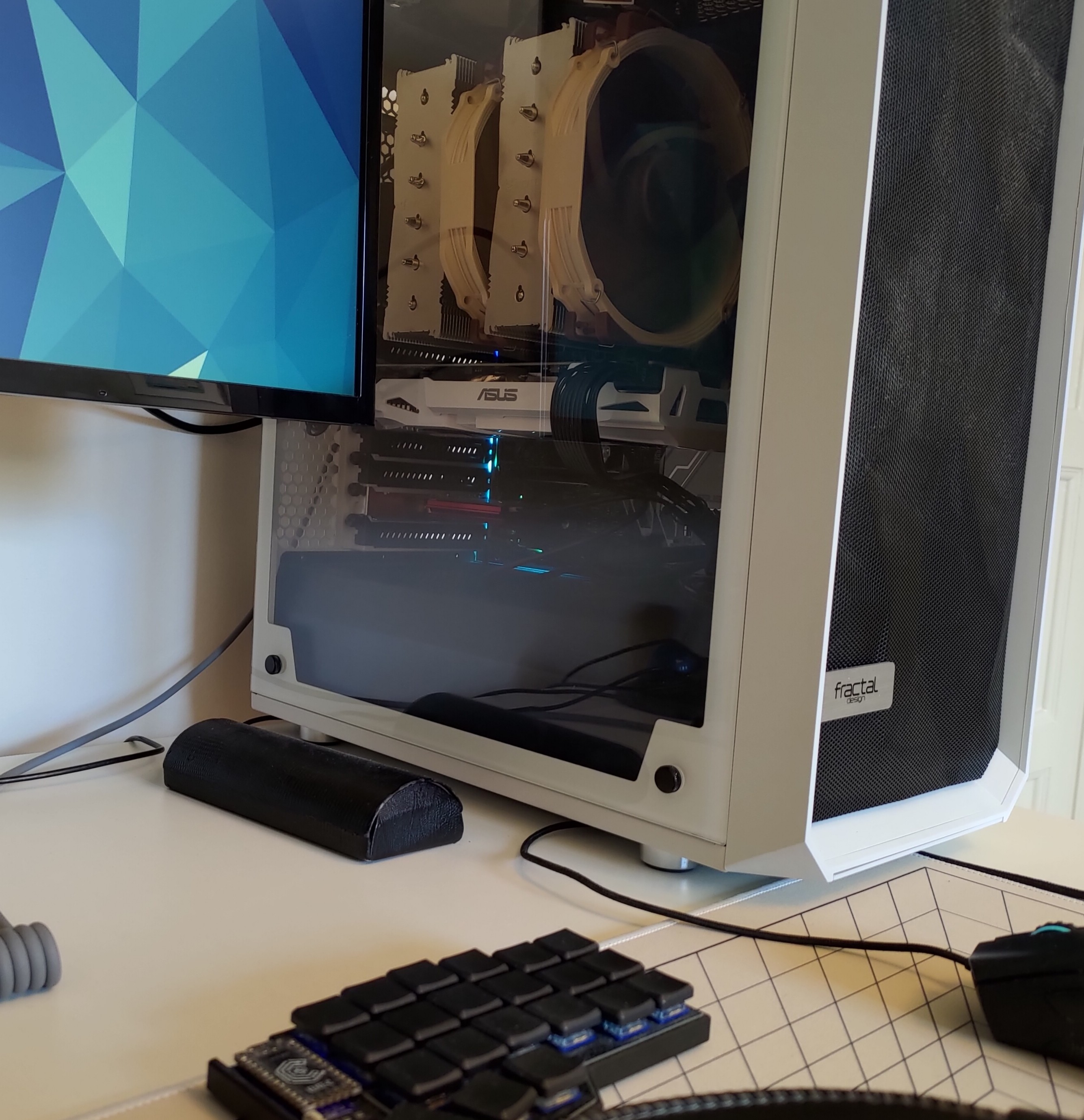 Lastly, we’ll have to end with a classic neofetch to show off the setup,